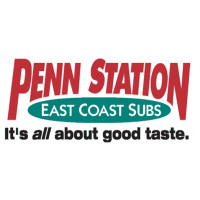 Some would think of the famous railroad in Philadelphia when they hear of Penn Station. It is not entirely far off from the inspiration and idea that brought about Jeff Osterfeld’s famous sub stop, a deli owner who visited the East Coast back in 1983. Despite the first Penn Station opening in downtown Cincinnati in 1985, it still brought the flavors of Philadelphia with its famous Philly cheesesteak sandwich.

Penn Station is a steak and sub (short for submarine sandwich) franchise. Known for its signature sandwiches together with classic sides of fresh cut fries and freshly squeezed lemonade, it something that made this franchise iconic for 3 decades. Since then, it grew to over 300 restaurants throughout 15 states. From a menu of 4 submarine sandwiches, Penn Station now serves 14 types of subs. You can choose from the iconic Philly Cheesesteak sub to the DIY Dagwood. Penn Station takes pride in producing fresh products daily, from its lemonade to its sourdough bread.

What makes this sub stop so appealing is its quick-service. Orders are prepared directly in front of the customers using the freshest ingredients there is. It gives an all-around food experience of cooking display and all things fresh. This would be very handy if one would consider getting convenient food servings that aren’t too heavy and guaranteed fresh. Luckily enough Penn Station offers catering services with its signature subs in bulk trays.

Penn Station has good array of choices for its catering with its party-sized deli subs, box lunches, and drinks by the gallon. It is something that is both affordable and convenient, especially for events that would require one to feed a lot of people with less hassle.

From its signature subs to freshly squeezed beverages, it’s an upgrade from just simply serving finger sandwiches for a party or event.

How to order from Penn Station Catering

Depending on the event and the quantity of people you’re planning to feed, Penn Station caters to pretty much any size (though the numbers of people from 7 below are told to order directly from the regular menu instead).

With the sub tray, one can choose from the option of Smoked Ham, Oven-Roasted Turkey Breast, Chicken or Tuna Salad. You can also go for the create-your-own Dagwood. Roasted Turkey and Smoked Ham are easy favorites.

And if you’d like the Deli Classics, you can opt for the Box Lunch option with a side of chips, Chocolate Chunk Cookie Bite and mint in a convenient stackable container. You can also order Box Lunches with small or medium-sized subs.

Their By-The-Gallon drinks prove to be handy, as a gallon of their signature freshly squeezed Lemonade or freshly brewed Iced Tea can serve about 8-10 people.

Penn Station also offers a surprising sweet side, with its fresh-baked Chocolate Chunk Cookies. There is a choice of either the 4-ounce size, or a 48-piece tray of 1-ounce bite-sized cookies.

To place an order, you can go to the nearest Penn Station market and have it picked up a day after. This is handy and convenient especially if you’ll be serving more than 30 people.

Penn Station’s subs are convenient, and causally appropriate for laidback events and getogethers. For a group of 8-15, Penn Station estimates the serving to 1-2 deli catering trays, and the maximum of 34-42 would be about 4-5 trays.

Comparing to usual prices of boxed sandwiches or platters from other similar franchises (ranging from $5-15), the added sides are a bonus to the product, and a sweet deal of $7-10 is not bad, especially when getting your hands into a signature fresh Penn Station sub.

The 4 ounce cookie is about $2, and the bite-sized cookie tray is about $20-22 depending on the area. Which, comparing to other fresh-baked cookie products like of Mrs. Fields which is a minimum of at least $35, it’s a rather affordable choice, and a good way to end a sub party on a sweet note.

Visit this link for more details